On being asked this question Lester puts it simple, “I am a son of God and a Citizen of his Kingdom that is the passport I carry.” Lester Lewis is known all over the Caribbean Islands, Africa, Europe, North America and South America as the founder of ‘Lester Lewis & Singing Rose Ministry Int’l,’ ‘Kingdom Culture Music’ and pioneer of Gospel reggae music.

This multi-talented minstrel, psalmist, worship leader, teacher, prolific song writer and musical maverick Lester Goulbourne Lewis his wife Rose, son Lestrado, daughter Estena and daughter- in- law Tracey Lewis have touched millions of lives worldwide with the message of the kingdom through their original music genre…‘Kingdom Culture Music’ The Lewis’ and their band ‘Dominion’, have to date traveled over 40 nations ministering in churches, summits, crusades, prisons, schools, and communities. Lester Lewis and the singing Rose ministry got a golden opportunity to minister to over 8 million people in Lagos, Nigeria Redemption City hosted by Pastor E. A. Adeboye the general overseer of the ‘Redeemed Christian Church of God.’ The Lewis family also frequently attends the International 3rd World Leadership Summit, Youth Alive, and Asaph hosted by his mentor and spiritual father, Dr Myles Munroe in the Bahamas. They were guest ministers at numerous international conventions such London Festival of Life, Oral Roberts University, and Kensington Temple in London...just to name a few 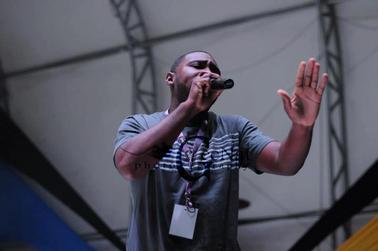 Mr. Johnathan Bynoe has been involved in youth work for over twenty (20) years. He is presently the Director of the Antigua Youth For Christ where he has been serving for over ten (10) years. He served as Youth Leader at the St. John's Pentecostal Church and as District Youth Officer in the same assembly. In addition to that, Mr. Bynoe served in the Weslyan Holiness Church as Youth President and Zonal Officer. He has ogranized and participated in many conferences, retreats, seminars and workshops training young people in many disciplines. These sessions included identifying several tendencies in teenage yourhs; The Art & Science of Happiness, Stress Management, True Love Waits, H.I.V Awareness Workshops for Christian Leaders and Unlocking Sexuality. Moreover, Mr. Bynoe intiated a very unique activity of bringing youths from different organizations together to participate in sessions known as Worship in the House. Many young lives have been challenged to worship God in spirit and in truth.


Expressions, another brainchild of this gentleman is an event that has birthed many dance expressions throughout the nation. Dancers from the region and beyond have been hosted by the Antigua Youth For Christ and many have gleaned from the skills and experience of this great event. Dance has never been the same.

Mr. Bynoe, not only works with youths locally but his passion has taken him to other nations, including Florida in U.S.A, where he was the Chaplain at the camp hosted by Church on the Wall for the past six years. Many lives have been changed, blessed, revolutionized as a result. Hiswork with the Disabled Association is an effort to bring awareness to the organization, and through this he was afforded the opportunity to speak at the Homeless Shelter and Juvenile Detention Centre in Miami, Florida. Many Project Service Teams have been mobilized and brought ot work and rennovate the Youth Centres, due to his efforts.


At present, he is setting up an After School program for Secondary School students, where they can be assisted with homework and projects or in any other way possible. Furthermore, a new programme for children, “Kids Live” will come on stream in communities. Volunteers have been trained and are having programmes with saved and unsaved children in the nation.

Mr. Bynoe is a true Humanitarian, who is desirous and passionate about helping everyone, especially the youths.

Born into humble beginnings, Ms. Michael was raised by here grandmother due to the early death of her mother. She spent her early years in the Village of Clare Hall and attended the St. John's Catholic Primary School and the St. John's Girls' School. As a young girl she was noted for taking care of the children in the neighbourhood and her young cousins.

Ms. Michael is an active Christian in her church; The Living Hope Christian Union Church, where she functions as an Elder and Minister of Evangelism. She is also involved in Prison Ministry, The Street Pastors Ministry and the Chairperson of Child Evangelism Fellowship (C.E.F). Ministering to children and youths was always her calling. She is the founder of the Christian Union Pre Junior Academy School, which has been in existence for thirty-four (34) years. As the Sunday School Superintendent, she noticed the decline in Sunday School attendance. A survery was conducted in the community to determine the reason for the decline. It was discovered that the older siblings were taking turns staying home to care for their younger siblings, while mothers were at work. When the report was presented to the Church Board, the decision was made to open the Pre- School in 1981. The Primary School was added n 1990 to mainly assist even the poorest children in our communities in receiving an education. Ms. Michael saw the school as a way of reaching out to the students and parents on a social, emotional and spiritual level.

In an effort to hone skills to improve the services which the school offers, Camelda Michael embarked upon the journey of learning herself. She pursued Christian Education & Early Childhood Education at the Bethel Bible College and the Servol Training & Resource Center in Jamaica and Trinidad respectively. She also attended the Haggai Institute in Singapore and has completed advanced training in Early Childhood Training in Early Childhood Education at U.W.I School of Continuing Studies. In 2004, she was named First Caribbean International Bank's Unsung Hero and in 2005, she was appointed to be a member of the Most Precious Orderof Princely Heritage, MH for Community Service and Culture.

Ms. Camelda Michael, is the mother of three (3), the grand-mother of eleven (11) and the great grand-mother of (3), and a teacher. She has resolved to continue trusting in God for strength and wisdom as she continues to do his work. her greatest desire is to hear her Lord and Saviour say, "Well done, thou good and faithful servant." 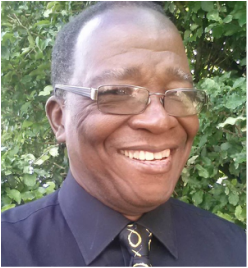 Got his started with gospel music in the early 80s, however he has been performing since the age of 7 years old.
Gospel music is a vital part of Jeff's life and over the years he has been doing his best to keep it alive by ministering at various Concerts and Church Programs. Mr. Martin  This spans over 25 very active years of music both locally and abroad.


In addition Jeff plays most instruments and have composed music for himself and other ministers. A few years ago he was part of a Gospel music group called , "Jeff Martin and Evidence" a very talented group of young people and they produced an album or CD called , "We are Christians". This album comprised of a variety of music styles and was well recived.

Mr. Martin cites, "The gospel music in Antigua and Barbuda has changed tremendously for at one stage, it seemed not at all. The whole concept has seen its up sand downs but it will survive. Music is a gift to man from God and it will not be defeated different styles and promotions but the gospel is still alive and well, and I will always play my part as long as God gives me breath."

He is married with three (3) children and four (4) grand children. 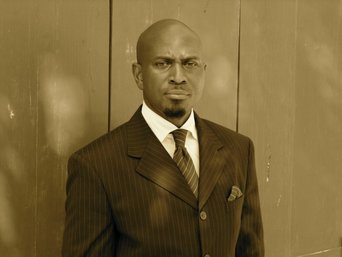